Cambridge Racquets Club has a long and rich history. It was established in 1888 as a tennis club and expanded its facilities in 1963 to cater for squash.

Now, we are proud to have around 350 members utilising what is regarded as the best all-round racquet facility in the Waikato.

Our mission:
To be a community club providing squash and tennis opportunities for all ages and abilities, in the highest standard of facilities.

Our range of programmes and opportunities for players cater to all needs and abilities. Whether you are six years old or sixty, competitive or after a social game, Cambridge Racquets Club is your place to meet, greet and compete, anytime and with anyone you choose to.

With your participation and enjoyment of the facilities, Cambridge Racquets Club will continue to develop and grow well into the future. It is an integral part of the Waipa community and we would love you to join us and become a valued member of our club.

The Cambridge Racquets Club has hosted several regional and local championships in both sports.

Feedback from our visitors is always extremely positive regarding the club's friendliness, enthusiasm and organisation.

Cambridge Racquets Club also assists with accommodating young people who travel to Cambridge for school rowing regattas on Lake Karapiro. This year has seen the clubrooms host over 50 girls from Wellington Girls College, plus their supporters, on two separate occasions. This support helps another sport to provide cost effective accommodation when motels or other suitable accommodation is full.

With Tennis being most popular in Summer and squash in Winter, Cambridge Racquets Club's facilities are well-utilised all year round.

We have eight tennis courts and four squash courts. The wider club includes the changing facilites, showers, kitchen, and a lounge and bar where events and dinners are often held. We also have the Proshop on site that stocks many top brands and provides a professional stringing service.
Tennis facilities:
The tennis facilities at Cambridge Racquets Club are first class.
Tennis players have access to eight floodlit tennis courts enabling play in the evening. Four courts are in astro turf and three are in plexipave. One of the courts is provided and maintained by Cambridge Racquets Club for the use of the public.

Squash facilities:
If you are a squash player, you have access to four squash courts, with lights operated using a card system . We have one glass back squash court and three hard back courts.

The club is managed by a committee selected by it's members, and has a dedicated Club Manager who takes care of the day to day operations. 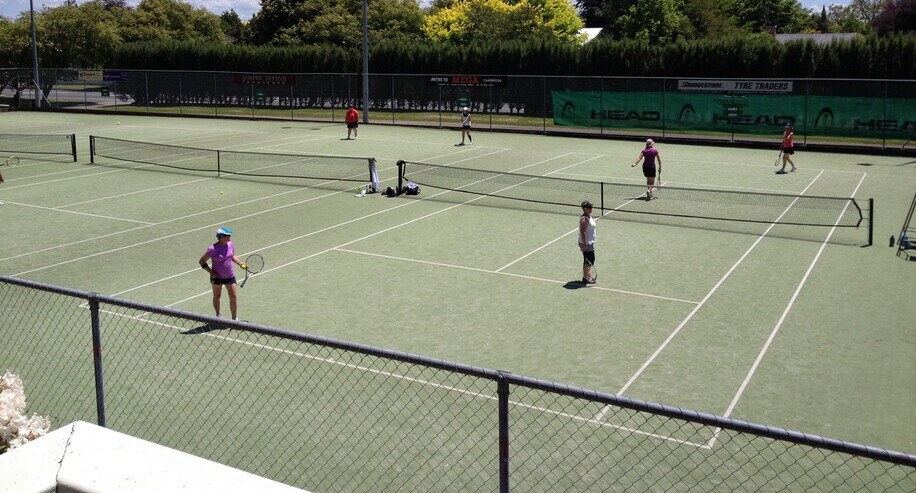